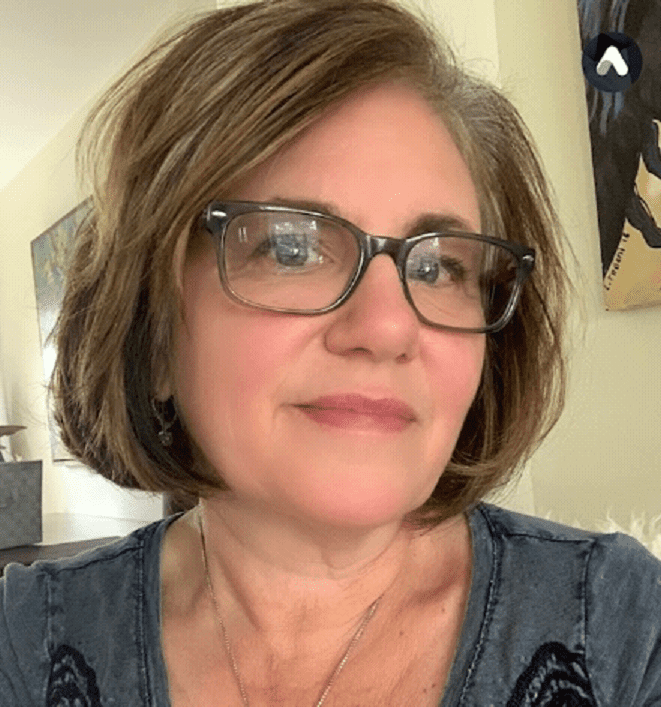 Lavinia Kirdani is a dedicated elementary art teacher for over thirty years teaching children the wonder of nature, sacred geometry, space, and the power of intention through art projects. Her approach that everyone is creative in some way infuses children with self-empowerment. During her early years, she grew up as a first-generation American in Buffalo, New York. Her father was from Egypt (a scientist) and her mother from upstate New York (a guidance counselor) infused her imagination with movies like Chariots of the Gods, Indiana Jones, and E.T. the Extraterrestrial.

After watching many episodes of Star Trek, Lavinia would go to her room to write and draw her own science fiction stories. She graduated with a BA in Fine Arts in painting and illustration from The University at Buffalo. It wasn’t until after she got married and had children that she connected with her spiritual side. A terrible ski accident left her recovering for several months in 2012. This is where she had time to explore many subjects and became awakened to other realities with mediation. She saw a video of Su Walker speaking about the P’nti and something just connected.

She started to text Su asking if she needed another artist to help. Oddly enough Su said they needed someone to draw a coloring book. Lavinia already created coloring pages of animals, holidays, and fantasy characters for her students. This is when it all started to happen. Within weeks she was visited by the P’nti girls Theera and Sara in a hypergolic sleep state. Then came the girl’s night out crew who hung out on her bed with her for several hours. Now she is creating images with iPad with nudges from Mim who is her guide.